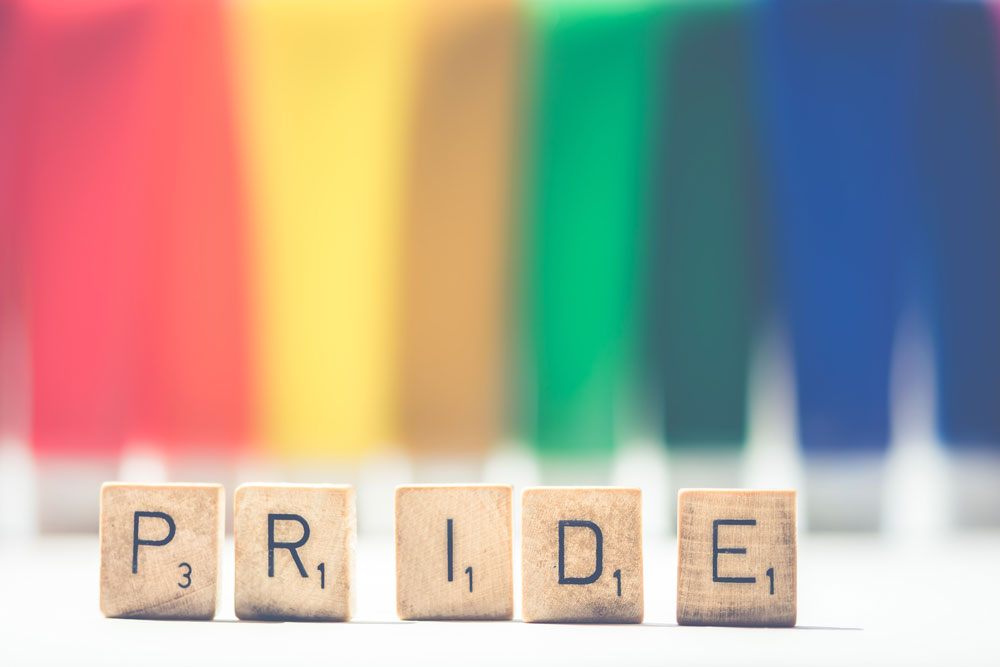 Brighton plays host to biggest, brightest and, dare we say the best, Pride event in the country. Now that Pride season is upon us, businesses pursue their share of the pink pound by slapping rainbow flags on to products, shop windows and staff members.

Showing support the LGBTQ+ community is important not just during Pride, but every day, and let’s be honest, showing genuine support for Pride requires a bit more than flogging some rainbow-themed merch. Pride is a fantastic celebration of love, but it is also about the battle for equality ? and a meaningful Pride campaign should add something valuable to this fight.

These Pride campaigns show that being a proud ally of the LGBTQ+ community can be about more than just logos.

Fifty years after Stonewall Uprising, the streets of New York City will provide the stage for World Pride 2019. The journey to equality has been turbulent and it is not over, but this landmark moment in history changed the gay rights movement forever.

In recognition of this ? and in anticipation of what promises to be one truly epic party – Virgin Atlantic are operating a Pride flight. Hosted by Tituss Burgess (star of ?Unbreakable Kimmy Schmidt?) and staffed by an LGBTQ crew, this fun-filled flight boasts a DJ and live entertainment (watch video here).

Virgin Atlantic?s marketing is fun and a little tongue-in-cheek ? but there is often a meaningful message at the heart of it. Virgin Holidays are committed to ensuring travel is for everybody and they show that all-year-round with their range of LGBTQ+ friendly holidays and social media campaigns such as their #LooseTheLabel campaign, watch the video here.

In celebration of Pride, Harry?s have realised a shiny (literally) new ?Shave with Pride? razor and razor set. Designed by Spanish artist Jose Roda, these colourful razors have been inspired by members of the LGBTQ+ community.

This is more than just a bit of Pride branding. The company is donating all of its profits from the UK sales of these razors to the Albert Kennedy Trust. But their support does not just cover Pride month, Harry?s is an ally of LGBT causes throughout the year, as proved by this advert that casually includes a trans man. Proving that being a proud ally of the LGBTQ+ community should be for life not just for Pride.

The Swedish drinks company has been a long-time ally of the LGBTQ+ community. Over the years, Absolut has donated literally millions to LGBT causes, and their familiar Pride-themed bottle was the first spirit to wear a rainbow flag ? proving their Pride branding is far from tokenism.

In collaboration with Glaad, Absolut have created a series of short films featuring LGBTQ+ activists talking about their own experiences of acceptance. This might not be as visually striking as their famous ?Kiss with pride? campaign but the inspiring message is still as strong!

All that marching requires some fabulous footwear and Converse have a great Pride-themed range featuring both the rainbow flag and the trans flag. But Converse is doing more than just providing Pride participants with pretty footwear. Donation from the sales of the range will go their longstanding partners such as ?It Gets Better Project?.

As part of their Pride marketing, their ?Spread the Love? campaign features messages from prominent members of the LGBTQ community and they also have images/posters that you can download for free from their website too : )

This year, Brighton Pride is launching a couple of new initiatives: A?City Angel initiative ? encouraging closer partnerships between local businesses and Pride. The angels are asked to help keep their patch of the city clean, keep an eye out for hate crime incidents and be active in reporting these to the police, and support the great LGBTQ+ initiatives that take place in the city. We hope this will help in?keeping the beautiful city of Brighton safe, clean and enjoyable for everyone!

We hope you have enjoyed our roundup of Pride campaigns we love if you have any suggestions or ideas of meaningful campaigns you’ve spotted around let us know!

This website uses cookies to improve your experience while you navigate through the website. Out of these, the cookies that are categorized as necessary are stored on your browser as they are essential for the working of basic functionalities of the website. We also use third-party cookies that help us analyze and understand how you use this website. These cookies will be stored in your browser only with your consent. You also have the option to opt-out of these cookies. But opting out of some of these cookies may affect your browsing experience.
Necessary Always Enabled

Any cookies that may not be particularly necessary for the website to function and is used specifically to collect user personal data via analytics, ads, other embedded contents are termed as non-necessary cookies. It is mandatory to procure user consent prior to running these cookies on your website.